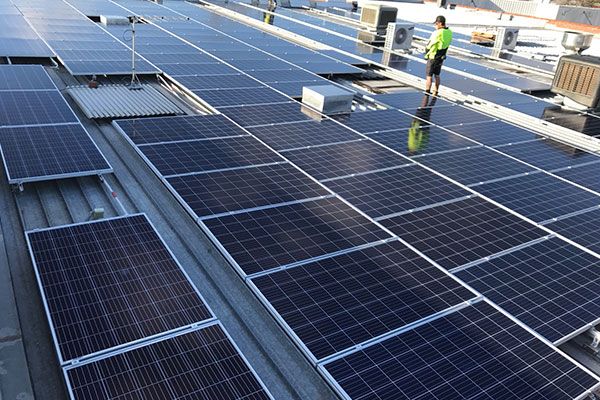 When you decide to invest in a solar system for your household, there are many factors involved. Here’s how you determine which solar package suits your requirements. 10kW and 6.6kW solar packages are more popular in Western Australia as well as other states. Here we are comparing these two packages. This solar system comparison is just for you if you are not sure whether to put a 10kW solar system or a 6kW solar system to harness the unbridled power of the sun.

Gone are the days when a 4-5 room house’s rooftop was eaten by a 10kW solar system. Modern solar panels are more sophisticated, efficient and cost-effective. An average solar panel of 416w takes around 2m2 of the rooftop. You will need 24 solar panels to produce 40kW of energy per day. Going by this calculation, your rooftop should have 46-48 m2 of the area that received ample sunlight for production.

A 10kW solar system is going to produce 14,600 kW of energy annually which is enough for 2-3 households. This setup works for a huge family or a small business.

Electricity retailers in Australia charge around 30 cents per kWh and you will get only 10 cents per kWh if you export. The catch here is that you will save more if you self-consume all the generated power. Depending on the quality, you may get a 10kW solar system between $8000-$13,500 including rebates.

As compared to a 10kW solar system, a 6kW PV solar system will only have 15 solar panels. It will take only 30m2 of your rooftop and will produce around 24kW of energy in a day. Now, we can draw a more accurate comparison.

The federal government gives two incentives to homeowners willing to install rooftop solar systems. They are as follows:-

Small businesses and households can take benefit of STCs if:

The cost of each SCT is set at $40. The number of certificates one can receive will depend on

Feed Tariffs is a fee paid by retailer that provides electricity to homeowners. It is paid when a homeowner produces excess energy and exports it to the grid. The rates would depend on location. However, they range from 8 cents per 1kW to 20 cents per 1kW of energy. Whatever you receive from the retailer would be settled against the electricity bill. The rates of FiT were earlier decided by the government and it was earlier fixed at 60 cents per 1kWh. Now, the rate is decided through negotiation between the customers and retailers.

How to Find a Clean Energy Council-approved Solar Installer

The Australian Competition and Consumer Council has authorised the Clean Energy Council Approved Solar Retailer Program. The council-approved solar retailers are obligated to follow a code of conduct and to maintain the prescribed quality solar systems. They are required to follow best practices in the solar industry for the marketing and sale of solar systems. If a retailer fails, the council may suspend their approval and take appropriate action against them.

To know which retailers are council-approved, users may visit the council’s official website. You may find a council-approved solar retailer near your area by name and by location.

The dark shadow of consistently depleting coffers of renewable energy has been plaguing, it’s high time that humanity switches to its perennial source of solar power.