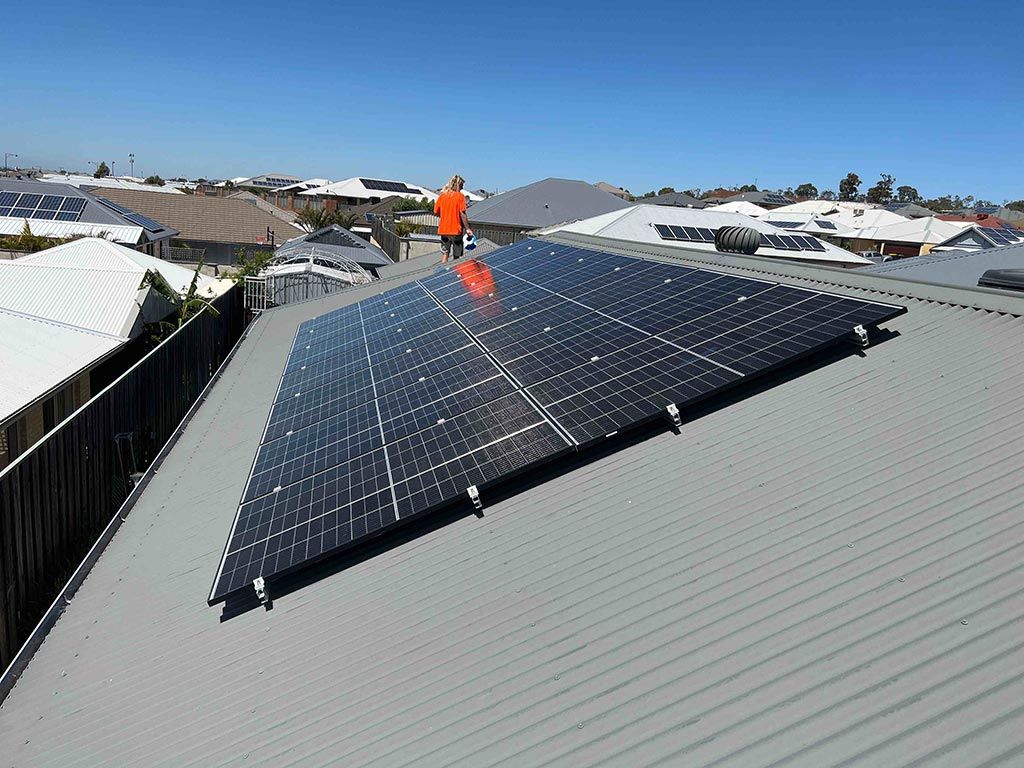 Nowadays, solar energy becomes the most attractive energy source due to its renewable and non-polluting characteristics. Solar energy has the potential to satisfy all our future energy needs if we are able to suitably harness it.  The prime advantage of the rooftop solar system is to save on electricity bills.

You can expect a considerable drop in your electricity bills based on the size of the solar system and your consumption of power. In addition to that, you will get the earnings while exporting the surplus energy to the grid. Generally, solar energy system has less maintenance. Most solar system producers offer twenty – twenty-five years of warranty.

The only maintenance required for the solar system is cleaning them two or three times per year. The solar power industry is witnessing advancements constantly. These developments will help to use the electric input of solar energy more effectively. Unlike fossil fuels, solar energy is the most effective clean energy source. Even though, solar energy also has its own disadvantages.

The drawback of a solar system

The major disadvantage of a solar system is its initial cost which includes paying for solar panels, inverter, batteries, wiring, and installation. The major challenge that solar consumers are facing is the efficiency of a solar system heavily depends on the weather. If the sun is not shining for a few days, that may pose a considerable effect on your energy usage.

Solar energy needs to be stored in batteries if you want to use it when the sun is not shining.  The very expensive batteries are another concern of solar consumers. The lack of enough space on the roof might have been one of the concerns while installing the rooftop solar panels.  Solar PV system pollutes proportionately very less compared to other energy sources. However, it contains some toxic materials and hazardous products used during the manufacturing process of PV, which can indirectly affect the environment.

Thermal cycling means changes between extremes of hot and cold temperatures that will affect the soldered connections within the panel. A damp heat means the long-term exposure of the panels to high humidity at high temperatures. Damp heat may cause the material that insulates the cells to separate. Sudden freezing in a situation of high humidity, called humidity freeze may impact the junction box adhesion.

Exposure to the sun’s ultraviolet rays can cause discoloration and degradation of the cover of the side of the panel that faces away from the sun, called the back sheet. The back sheet protects the photovoltaic cells and electrical components from external stresses as well as acts as an electrical insulator. In addition to the natural reasons,  busbars may have problems. These are attached to the solar cell by soldering. Eventually, micro-cracking may develop in the panels due to the soldering points that put stress on the solar cell.

The most common problem that occurs with solar panel systems is that faulty wiring. Old electrical wiring may hinder your solar panels from performing efficiently. Over time it’s natural for the electrical wiring on your roof to be susceptible to things like loose connections, corrosion, and oxidation. In addition to that, creatures like rats might chew on the wiring links. The consequences of wiring faults might range from downgrading the performing efficiency to a catastrophic fire on your roof. The only solution for this problem is periodic checking of the solar panels. It will help you to mitigate the risk. It is also important to call a licensed electrician when you confront any issues with the electrical wiring.

Solar panels may pose leakage issues on the roof. While installing the panels on the roof may disrupt the water flow. This phenomenon usually occurs when the contractors fail to account for water flow during the installation. Snail trail is one of the problems that usually occur due to leakage. Snail trails are the brown lines that form on your solar panels which give the appearance of snail tracks on the surface of your panels. They are caused by a build-up of moisture in your solar panels which reduces their overall performance and can even cause them to fail prematurely. This may occur due to the factors like defective silver paste or micro cracks.

Solar inverters will help you to generate most of the electricity to power your home. You may confront issues with your inverter due to various reasons.  Faulty installation of the inverters is one of the problems that occur with the inverters. Misconnecting or incorrect programs will result in faulty installation. In order to check whether the inverter is working properly, you can carry out a number of tests like yield tests, remote activation and deactivation, and regulation of the reactive power.

Consumers may have to face the problem of overheating. Inverters are highly sensitive to temperature. High temperatures will lead to a significant reduction in production, and can even result in a production stop if the maximum operating temperature is reached. It is advisable that you should make an assessment of whether the provided cooling technology is sufficient at the designing stage.

Isolation fault is a common problem in highly humid regions. It occurs as a result of a short-circuit between various parts of the circuit, and the inverter will then report an “isolation alarm”. If the isolation fault occurs, the inverter will stop working completely or will work at a minimum required level. To avoid this problem, high-quality DC cables can be used and make sure it is installed properly. Sometimes your inverter does not restart after a grid fault.

An inverter must be able to restart itself after a grid fault. To eliminate such problems ensure components of your inverter has made of high-quality materials. The ideal way to avoid snail trails is that you should choose a reputable solar panel company.  In addition, make sure that the company has quality products and ensure your panel has a proven, long-term product warranty.

Other problems with solar panels

Hot spots on the solar panels are a considerable problem associated with rooftop solar panels. It happens when the panel’s energy cannot flow through to your inverter; cells become overloaded and radiates excess heat. It may reduce solar panels’ efficiency and in the worst case, it makes them irreparable. The major reasons for the occurrence of hot spots on the panels are an accumulation of dirt or bird droppings, partial shading, and even structural defects.

Risk of roof-mounted solar panels, and how to avoid it?