What are the flaws of solar panels? 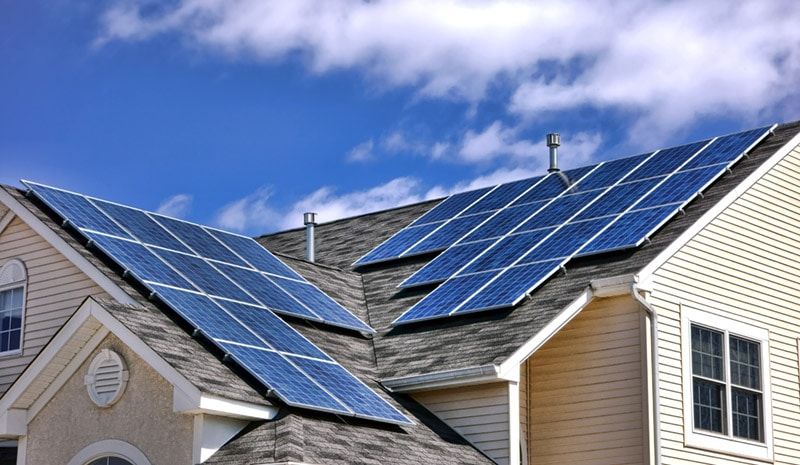 Solar energy is the most popular renewable energy sources available on Earth. It has become a competitive alternative to fossil fuels. Solar energy is a sustainable energy source, has a low environmental impact, and promotes energy independence. Above all, going solar is a low-risk investment with heavy returns. With over 2.3 million solar rooftop installations, most Australians enjoy the benefits of solar power. Despite numerous advantages, solar panels have few drawbacks too. Some of the flaws of solar panels are as follows

Solar panels are expensive. Not everyone can afford to buy it.  Though there is good return on investment, it takes some years to match the initial investment.

The development of solar technology, hike in electricity prices, increased feed-in tariff and government incentives have brought down its cost to an extent.

The amount one has to pay for the panels depend on the tax credits, rebates, and the chosen financing option.  A zero-down solar loan allows one to save money on their electric bill and enjoy the benefits of owning a solar system.

Solar panels are space-consuming. The number of panels depends on the energy needs of the client. Therefore, number panels will be more for high energy consumption.

As the size of panels are large, it requires a large roof area for installation. If the roof is not big enough either we have to downsize the system or install some of the panels in the yard where there is access to sunlight.

Some of the best solar installers will provide flexible designs for smaller roofs.

For large grid-scale solar installations, space can be a bit of an issue. Since solar panels have a lower power density, they need a larger area for power production.

Power density is the amount of power derived from an energy source within a certain area. It is measure in watts per square meter (W/m2).

Solar panel performance is directly proportional to the amount of sunlight that hit the panels. It depends on the steady absorption of photons for power production.

Based on location, season and time of the day the intensity of sun varies. Intermittency of solar energy affects the power production.

Solar panel efficacy will be more on sunny days than on cloudy or rainy days. Snow and foliage cover can also affect energy production.

Batteries allow homeowners to store solar power when it is produced in excess and draw energy from the battery at times when there is no production.

Batteries are usually bulky and heavy, space-consuming, and needs replacement from time to time.

The most popular residential solar battery is the Tesla Powerwall, a 13.5 kWh lithium-ion battery.  Sonnen, LG, and BYD are some other battery manufacturers who offer great solar batteries for home energy storage.

Environmental pollutants are involved in its manufacturing as well as recycling of solar panels.

Toxic materials and hazardous products are used during the manufacturing process of solar PV. It can affect the environment in a negative way.

Some panels contain harmful pollutants, like sulphur hexafluoride, which is more potent than carbon dioxide.

While disposing panels, utmost care has to be taken to prevent these carcinogenic substances from mixing up with soil and water.

Conversion rate is the rate at which the panels convert sun’s energy into power. Even for the most advanced solar panels it is very less.  It is 20-25% only.

Conversion rate depends on certain factors like the direction of the panels and location.

Solar panels need sunlight to produce power. There is no power production during night as sun doesn’t shine at night. It can generate power only 12 hours of a day.

Anti-solar panel which can produce power at night is likely to hit the market in near future. Research and development are conducting on this subject.

If there is any plan to move out in near future, it is better not to install solar panels at all. It is very expensive to dismantle, de-wire, and transport the solar panels to a new location.  The most feasible option is to leave them back if one is planning to move the house.

The net metering agreement with the utility is fixed to the property. The new owner will have to take over the agreement if there is a solar lease or a power purchase agreement.

Though the solar panels have to be left behind while moving the house, it will improve the property value.

Repairs to the underlying roof become a problem after solar panel installation. Therefore, it is better to repair and do the necessary roof work before installing solar panels.

Solar panels degrade at a rate of 1% each year. Degradation takes place when constantly in use.

The rate at which they degrade depends on the severity of conditions it undergoes.

Electricity generated by the solar panels are direct current (DC). We cannot use it as such. It has to be converted to alternating current (AC) for usage at home, business, and for the power grid.

However, solar panels do have some aesthetic, economic and technical drawbacks. The advantages of Solar PV outnumber its disadvantages.

Certainly, a proper planning and responsible maintenance will help to do away with these disadvantages.

As a part of its attempt to move towards sustainability, researches are being done in Australia to develop cheaper, more flexible and more efficient solar panels.