What are the problems faced by renewable energy? 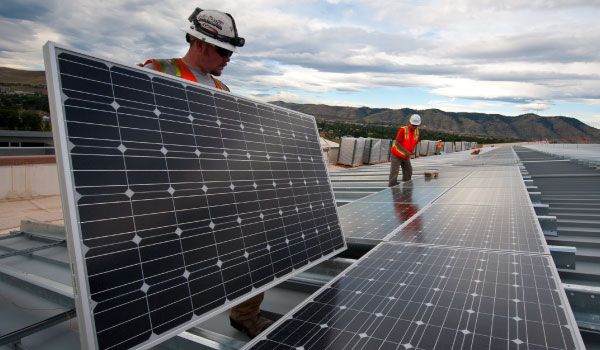 Despite these factors, renewable energy has undertaken a global adoption as a means to alleviate climate change. It is free of direct pollution and carbon emissions. It is the most feasible substitute for fossil fuels. With time it is becoming an inevitable part of the mix of energy production.

The high initial cost of installation.

Carbon emissions are the main cause of global warming.  Many efforts have been taken to increase its adoption. However, the cost is an important factor affecting its adoption. One of the stumbling blocks on the way to its development is the high initial cost of installation.

Wind and solar energy can be better investments when lifespan costs are considered. Lack of infrastructure is a barrier to renewable energy development. The present infrastructure is mainly built for fossil fuel plants and nuclear plants.

The existing energy infrastructure needs urgent reform as it is not capable of handling large amounts of renewable energy. most importantly, some of its best sources are left with no infrastructure at all.

The main problem with the power grid is its age. Most electric transmission and distribution lines were constructed during the 1950s and 1960s. It has passed its 50-year life expectancy. Therefore, making them incompetent to meet the demand of the hour and the severe climatic changes.

Most importantly, the lack of power storage at an affordable cost is another drawback. Renewable energy sources generate most of their energy at certain times of the day. Its electricity generation does not match with the peak demand hours. The intermittency of sunshine and wind cannot provide an on-demand power source 24 hours a week. Solar energy and wind are unpredictable. There is volatility in generation and volatility in loads.

Energy generation by the burning of fossil fuels is more consistent. On the other hand, intermittent power generation by renewable energy sources poses a need for an efficient battery storage system. A battery storage system helps to store the surplus energy for later use. It can help with grid instability, thereby preventing blackouts. Technological advancement has improved the longevity and battery capacity of the storage system. Its high cost stands in its way of being wide installation. Battery prices have to come down to make storing of solar energy more cost-effective.

The Loin share of the current energy market is under non-renewable energy sources. Certainly, this acts as another obstacle. Solar, wind, and other renewable sources of energy have to rival the well-established fossil fuel industry. Even though the government is providing rebates and other support for solar energy, the fossil fuel industry has massive support from the government.

The Fossil fuel industry hinders the adoption of clean energy by undermining climate change. Renewable energy sources are the best way to deal the climate change. Fossil fuels have been part of human life for a long time. Subsequently, It has its roots deep in the economy of the country.

Lack of knowledge and awareness

Lack of knowledge and awareness of renewable energy technology makes people reluctant to use it. Fossil fuel plants are usually in populated areas. It is a source of employment for the local population as it needs a lot of people to run. The huge property tax from fossil fuel plants is going to support the local community.

Corporate lobbying, political pressure, and inherent dependence on fossil fuels remain as challenges in shifting to the renewable energy industry from the age-old fossil fuel industry.

The dangers of climate change have started affecting human lives to a great extent. Above all, the adoption of renewable energy is the only way out. With various government incentives and subsidies, the cost of renewable energy has dropped dramatically. Now there is not much difference between them and fossil fuels price per kWh. Certainly, this has helped it capture a place in the energy market.

A hike in electricity prices, a drop in solar prices, and an increased feed-in tariff has made many Australians turn to solar. Australia has over 2.3 million solar rooftop installations. Therefore, most Australians enjoy the benefits of solar energy.

Risks of roof-mounted solar panels. How to avoid it