What can I power with a solar panel from my balcony? 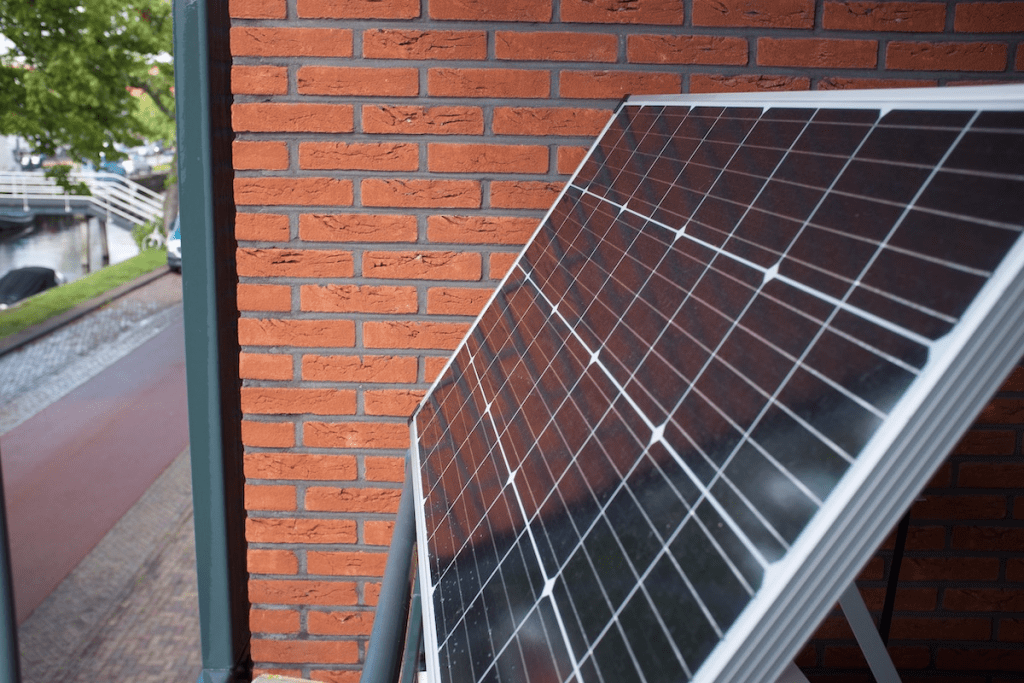 Are Balcony Solar Panels are useful in apartments? Millions of renters and apartment owners are at a loss for not being able to take advantage of solar as they don’t have a roof to put their solar power system on.  A typical solar installation requires a big budget and a private roof. One can overcome these difficulties by installing solar panels on window sills and balconies.

Installing solar panels on the balcony can be done on one’s own. It doesn’t require any help from solar installers. The balcony should be south-facing if you are living in the northern hemisphere.

Another advantage of such an installation is that we can take the solar PV with us when we are moving out of that apartment.

This system is simple because it is not tied to the apartment’s behind-the-meter electrical grid. That means the system is clean and easy to install.

As a safety measure, it would be ideal to have a custom-made supporting structure in the balcony to securely lock the panels in place.

The size of the balcony determines the size and number of panels. The larger the panel, the lower the price per watt is.

An inverter with 22–60V input voltage would be ideal to connect two panels in series. Microinverter also can use instead of regular inverters.

Solar PV produces energy. There should be a means to store that energy as direct current. Inverter converts DC to AC. A battery, which stores energy, should also be connected to the system. A solar panel charge controller is required for any solar panel array rated 12-Watts or higher.

With clouds, there will be a decrease of 20-30% in electricity production.

As the sun continuously moves across the sky, the optimal tilt angle will last not more than 1–2 hours per day. A real 100W output from a 100-watt panel is rarely produced.

How much one can power from a balcony depends on their location and the amount of sunlight their balcony gets.

A portable solar panel might recharge a smartphone after a day in the sun.

What can I power

A solar panel covering in the balcony is capable of powering equipment of about 400 w for about 6–7 hours or powering a mid-size house with led bulbs.

Two 160Watt solar PVs placed in a balcony can provide 10–190 watts output depending on the weather and time of the day.

It can be used for the consumption of various home devices. If there is no current consumption, the surplus goes to the city power grid.

With solar panels and a battery on the balcony, one can create a solar-powered charging station for electronics items like laptops, phones, wireless earbuds, a few 12V emergency lights, etc.

The financial payback period for a balcony 360W system is 25 years.  An average system cost would be around $2000. The system would create an average of 543kWh energy per year.

If the panels were on the rooftop, the entire calculation would have been different. Rooftop energy production is much above the ones on the balcony. A system in a balcony definitely has limitations of its own.

The financial payback of the system is pretty long, due to the relatively small solar panel system.  Considering the space constraints of a balcony, only that is feasible.

Batteries are expensive and a balcony solar system includes batteries as well. That too accounts for the long payback period.

Power generation from the panels in the balcony will be limited as the number of panels are less and they have limited exposure to the sun. There are certain tips for power production optimization.

Small adjustments can be done every hour, day, or month. Sometimes adapting the angle two or four times per year is the maximum one has to do.

Dust and dirt on the panels cause a loss of 1% of generated energy. Without proper washing, the loss will be around 4-6% in dry, dusty, and heavy traffic regions.

By opting for a low voltage DC system, one can save energy. Solar panels produce DC, inverter converts this DC to AC. It is again converted to DC for certain appliances that operate internally on DC.

Connecting the DC produced by solar panels either to DC equipment or to DC batteries for storage can prevent further energy loss.

A DC system multiplies power production by 1.4 times. Less solar panels are needed and there is no need to buy a DC/AC inverter which can save money as well.

What types of Solar PVs used

Panasonic HIT solar panels are one of the most innovative and efficient ways of generating solar energy.

These silicon heterojunction solar cells are unique in structure, resulting in high efficiency. It requires less space compared to kWp.

It has a model for the double-sided panels which can use direct irradiation and diffuse or reflected irradiation.

A rooftop solar power system powers the whole house. We can’t expect a small balcony solar system to do the same. Certainly,  it can just help to meet some basic energy needs of a house.

Why 6.6kW rooftop solar system is popular in Australia

9 Mistakes to avoid while purchasing a rooftop solar system

Installing a home storage battery is a good idea?