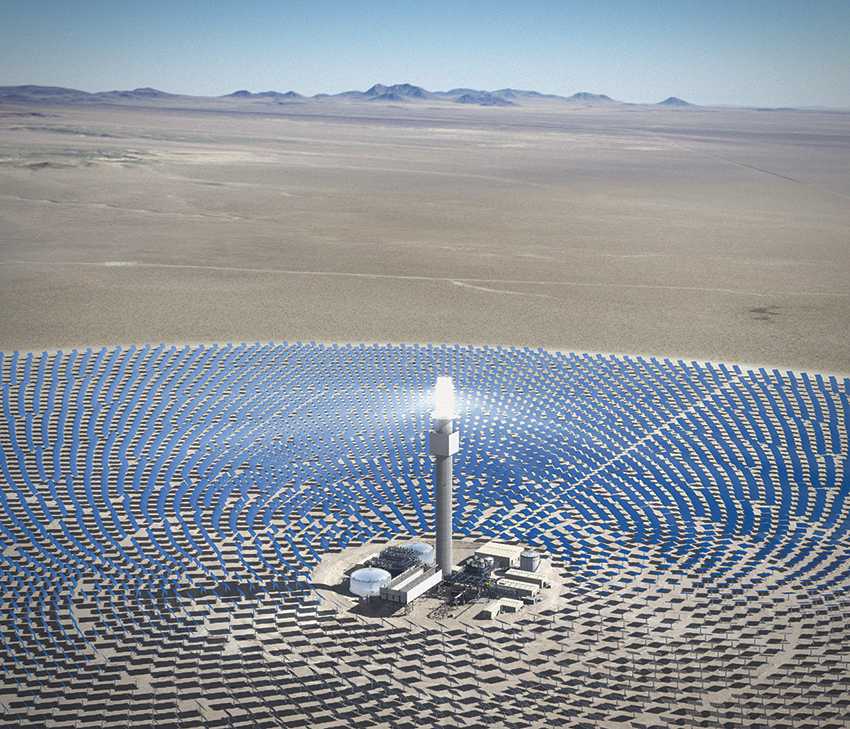 The booming electricity prices and falling cost of solar panels have made many households turn to rooftop solar units. With the gaining popularity of solar power, solar panel price has come down considerably. Sustainability being the main focus, commercial buildings, shopping centers, and hospitals have also turned to solar power. This has increased 700 percent since 2015. The decline in solar panel price and solar panel rebates account for this tremendous increase in installation.

Australia is the driest continent in the world, second only to Antarctica. 18% of the Australian mainland is desert.  They receive high-intensity solar energy. Studies reveal that just 6 hours of solar energy in deserts is enough for human consumption for a year.

Deserts are not useless, wasteland. Most importantly, they have a very complex ecosystem that plays a pivotal part in the global environment. It would have been ideal if we could use these deserts for solar powering our country.

In this regard, it would be worth considering the following questions…If deserts are covered with solar panels, would it be ample to power the whole world? What would be the problems we have to deal with?

The Desertec initiative was one such project which planned to cover the Sahara desert with solar panels with the hope that it would power the energy needs of the Middle East and Northern Africa and also power 15 percent of Europe’s energy needs.

Though many industry partners have come to take part, the plan proved unfeasible soon. According to the plan, if 1.2 percent of Sahara desert is covered with solar panels that would be enough to meet the energy demands of the whole world.

Building a solar farm in the desert would change the entire environment of desert. It would double the rainfall by 20 percent.  Solar panels would thus add greenery to the desert along with providing sustainable energy solutions.

Is Desert Solar Farms ara Viable? Check out some facts

Transportation is another matter of great concern. Getting the power to its destination needs power lines to get it closest to the power plant. The present electrical grids of Australia are not very reliable. Transporting power over long distances is very pricey as it can lead to a power loss of up to 10%. Another alternative to prevent power loss while transportation is to use high-voltage DC power lines instead of AC power lines by which energy loss can be reduced to 3 % per 1000 kilometers. But that is also very expensive.

Consistency is a major issue that renewable energies face in a desert. Even though deserts are usually hot and sunny, we can’t expect a consistent solar outpour due to climate changes. There’s always a potential for an interruption in the supply of sunshine. To ensure a constant supply of electricity, one cannot wait to be at the mercy of the weather. In such scenarios, we will have to store solar energy to prevent power outages. Batteries are not very feasible as it’s very expensive and less durable. Moreover, they produce a lot of pollution during manufacturing.

Solar energy is harnessed as a means to tackle climate change and doing so in deserts could easily go the other way round by having a negative impact on the local climate. Powering the deserts with solar panels would be a multi-billion-dollar project and need strong support from the government. Or else it will be terrifying for the investors. Such a plan would take years to be a reality.

The changing governance of the country and funds should be in consensus with the project to make it successful. None of this makes it impossible to build solar in Australia. As an attempt, we can try solar powering on a small scale first by powering some Australian villages near the deserts. Solar panels play a sustainable role in our way to energy independence. In 2019, around 8 percent of Australia’s electricity was generated through solar power. A rise to 25 percent is expected by 2040. Being the sunniest continent on Earth, Australia has emerged as a solar powerhouse and will continue to be a pioneer in harnessing renewable energy.