Located in the Bass Strait, Flinders island is a Tasmanian community. This off-grid locality is completely dependant on its  3MW diesel power plant. This power station serves 6.7 GWh of annual consumer demand that peaks at 1.3 MW. Since early 2015, Hydro Tasmania, the state-owned utility, has been working on a project aimed at offsetting 60% of this community’s grid dependency. The project employs a mix of renewable energy technologies to develop a hybrid energy hub that can meet a part of the island’s total power demand.

Powered by 900kW of wind, 200kW of solar, 300kWh of battery, 850kVa flywheel and a 1.5MW dynamic resistor, this Hybrid Energy hub can push the island to 100% renewable energy within the next year. Partially funded by  Australian Renewable Energy Agency (ARENA), this $13.3 million project will be able to offset 60% of the island’s diesel energy consumption.  In addition, including the scalar modular enabling systems, Hydro Tas has designed a number of  proprietary technologies for this hybrid power hub. 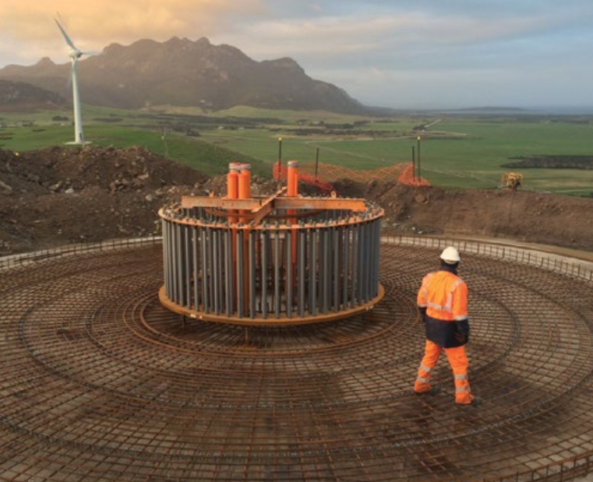 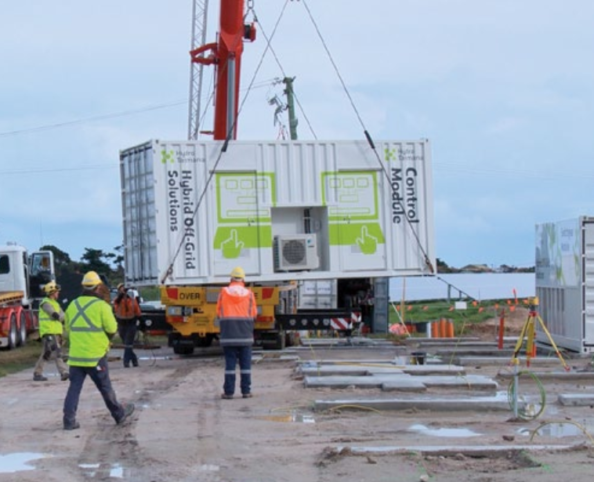 Also, a similar mix of renewable technologies was implemented in King Island by Hydro Tasmania in 2010. This King Island Renewable Energy Integration Project (KIREIP) was able to meet the island’s complete energy demand (residential and industrial) for a continuous period of 33 hours, back  in November 2015. Consequently, this has been one of the most successful projects implemented by Hydro Tas.

Most of all, with a string of  such successful projects completed in King island, Flinders island, Coober Pedy and Rottnest island, Hydro Tas claims that their hybrid energy solution can provide cost-effective, secure and integrated renewable energy solutions to off-grid communities in the pacific. For Flinders island, this solution meets 80% renewables target, and is expected to hit 100 per cent within the end of this year. Furthermore, it the tidal energy  potential around the Furneaux island also presents further options for green energy technologies in future.