Hydrogen export to surge the solar future of SA 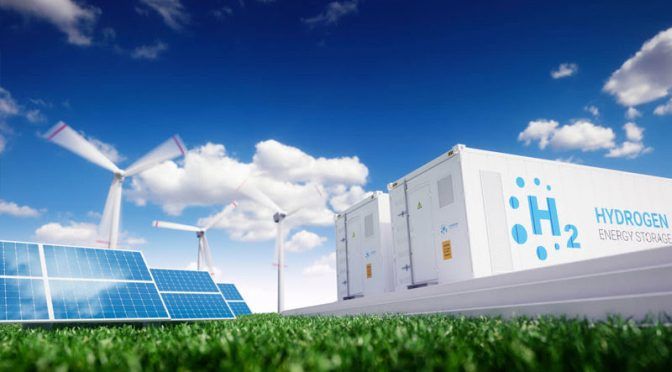 The potential for growth in the global hydrogen market is exponential. SA has already taken measures to harness its renewable energy resources. Subsequently, SA is making a move towards the generation of hydrogen for domestic and export markets. South Australia is looking to leverage its wind, sun, land, infrastructure, and skills to be a world-class renewable hydrogen supplier.

Above all, SA has 2 GW of combined large-scale wind and solar. Above all, excess power is exporting to other NEM via an interconnector.  Reduced costs of renewable energy, as well as technological advancements, have made renewable hydrogen a viable fuel. Green hydrogen hubs could double the current installed capacity of solar and wind farms in South Australia.

More than 50% of the state’s energy mix generated through renewable sources. New interconnection and storage technologies such as hydrogen will support South Australia to meet its 2030 “net 100% renewables” target.

“Hydrogen is shaping up as a game-changer in the fight against climate change and our aim is to get the cost down so that it’s a commercially attractive option for heavy transport, power generation and use by industry,” said Dan van Holst Pellekaan, South Australia’s Minister for Energy and Mining.

The new Hydrogen Action Plan of SA will facilitate the export of hydrogen from South Australia both interstate and overseas. It will strengthen the economy as well as future job opportunities. ARENA forecasts Australian hydrogen exports could contribute $1.7 billion and 2,800 jobs to the national economy by 2030.

SA’s Hydrogen Action Plan includes the commitment of over $1 million towards a landmark study to identify optimal locations for renewable hydrogen production and export infrastructure. This announcement was made at an International Conference on Hydrogen Safety at the Adelaide Convention Centre.

SA Government has released a complete action plan on Hydrogen exports. Therefore the pre-feasibility study and produce an online modeling tool and prospectus to inform the establishment of an international scale clean hydrogen export value chain.  The tool and prospectus were released at the International Conference on Hydrogen Safety in September 2019. KPMG and engineering solutions consultancy WSP together has developed this tool.

“It’s likely that nowhere else in the world is as well-positioned as South Australia to produce, consume and export 100% green hydrogen.”  said the Minister.

South Australia not only produce and consume 100% green hydrogen but also export. Subsequently, SA is exporting hydrogen to countries like the Republic of Korea, Japan, China, and Singapore. Certainly, these countries are committed to creating a hydrogen-based economy.

The included supply chain costs are production, transport, downstream processing, and the export terminal, and outcomes benefit from the current record low-interest rates, which reduce the cost of capital.

Just as initial prices have come down for solar and battery industries with time, an accelerated deployment might bring down the costs of supply-chain technologies of hydrogen as well.

Though the current potential capacity of the grid is limited, Port Adelaide green hydrogen hub would outset its renewable hydrogen economy.  Port Adelaide is utilizing its existing renewable infrastructure along with the energy acquired via power purchase agreement.

The global demand for hydrogen will increase when the decarbonization imposed on industrial processes and transport fleets. Analysts forecast that the global demand for hydrogen would increase eight folds by 2050. South Australian Government has seen to it that there are support systems that can assist this industry to overcome potential development barriers and to lead Australia to the burgeoning industry of hydrogen production and export.

South Australia has Australia’s largest electrolyser at Hydrogen Park SA at Tonsley Innovation District. It is a 1.25MW Siemens Proton Exchange Membrane electrolyser. This establishment marks an important milestone in the South Australian Government’s plans for renewable energy. BOC signed an MOU to install a compressor at the site and take excess hydrogen for delivery by tube trailer to its customers in South Australia and potentially in Western Australia.

South Australia has a plan to integrate Hydrogen Action Plan with its Electric Vehicle Action Plan. The Government also plans to include the infrastructure to support the refueling of a substantial fuel-celled fleet.

Van Holst Pellekan said “This new Prospectus and modeling tool cements our credentials as a world-class place to do business and a leading renewable hydrogen producer and supplier to the world.”

South Australia targets its first export of hydrogen by 2030. Certainly,  this would be the state’s first move towards a multi-billion export opportunity. “Producing a clean-burning gas like renewable hydrogen supports Energy Networks Australia’s plan to advance gas networks towards net-zero emissions by 2050.” Hydrogen Park of SA strengthens the state’s status as a leader in renewable technology and a first mover in hydrogen production.