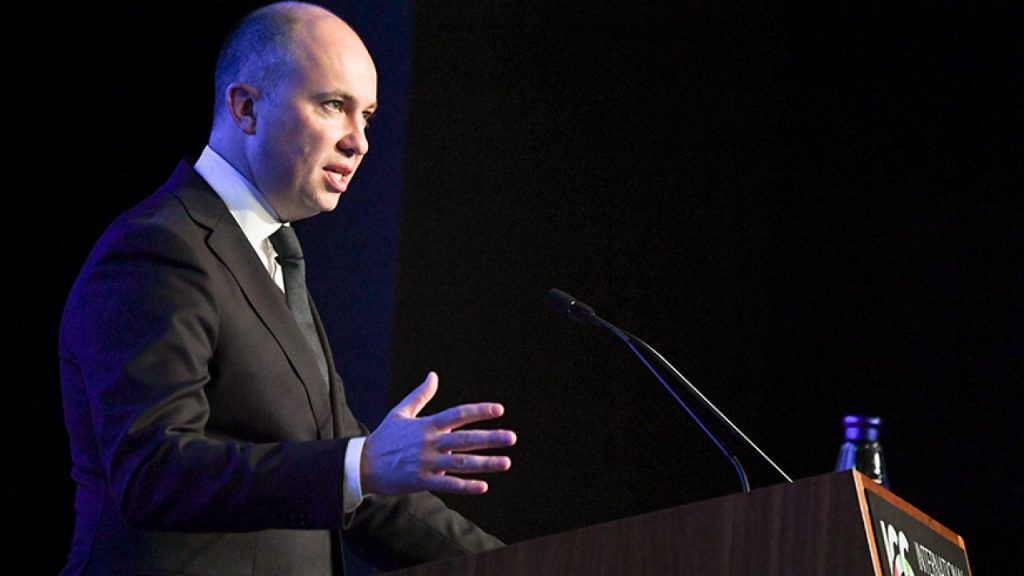 New South Wales Energy Minister Matt Kean states that those who hamper the global transition from fossil fuels are actually standing in the way of the power of economics and technological progress of the country. There are many who tries to put off or rather slow down Australia’s plan to embrace clean energy technology.

Australia is rich in stellar solar as well as wind resources. Hence Kean stands strong in his view that wind and solar should be embraced as a cheaper alternative to coal and gas, thus making a positive move towards a cleaner and greener future.

Kean claims that climate change can pose a significant threat to the environment and economy of Australia. Hence conservatives should lead Australia’s push into clean energy industries rather than getting embroiled in partisan debates.

Kean feels, by overlooking climate change, we are posing a threat to our own natural environment, living standards. Above all entire way of life.

“If that evidence is not enough to convince you on the need to take action, then even big oil and gas companies who have profited from extracting fossil fuels for decades, are planning for life beyond carbon moving to decarbonise their businesses”

Kean says addressing climate change is also about growing the economy as Australia’s major export partners are moving to net-zero emissions. Hence the prosperity of future generations lies in the exports of solar and wind power.

Japan is the biggest international buyer of Australian coal and gas exports. Under the leadership of the new prime minister, Japan is all set to accelerate its efforts towards decarbonisation. They have a target of net zero emissions by 2050. Certainly, this commitment would effectively rule out investments in new coal and gas generators in Japan.

60% of Australia’s two-way trade is now with countries that adopt clean energy to power their economies. So Australia would be left out if they still cling to the fossil fuel sector. The Australian economy will suffer if they continue with their rising carbon-based protectionism. Instead, they should be depending on wind, solar storage for delivering energy.

“Today, the cheapest way to deliver electricity into the system is a combination of wind, solar, storage, and also demand response,” Kean said. “That is not me saying that. That’s the engineers, the scientists and the economists. That’s the CSIRO and AEMO. I think we should be listening to the people well qualified to give this advice”.

Kean said he would announce a plan to increase the NSW government’s emissions reduction targets, explaining it must “listen to the scientists and the experts, coming up with a plan to make sure that NSW does its bit to reduce the impacts of climate change”.

Climate change is not only a matter of religion but also a matter of science and the science says that we need to reduce the impact of global warming by two degrees and in order to do that we need to get to net-zero emissions by 2050,” Mr. Kean stated.

The 2020 Climate of the Nation report

The Australia Institute surveyed around 2,000 Australians on their opinions and concerns around climate change. The 2020 Climate of the Nation report is as follows:

The climate of the Nation reported the results of polling research expressed a wide acceptance of global transition from fossil fuels.

TAI’s climate and energy program director Richie Merzian said: “There is one clear message most of the Australians want more renewables and fewer fossil fuels. That means to phase out coal-fired power stations, bypass a gas-fired transition and plug into renewables to power their future.”

The catastrophic Black Summer bushfires were an eye-opener to many. They view it as a tragic consequence of devastating climatic changes experienced in Australia. Climate change events are becoming increasingly economically devastating. The summer of 2019-20 saw unprecedented climate impacts fuelled by the burning of coal, oil, and gas.

Matt Kean has split from his federal Coalition counterparts, arguing climate change is behind the bushfire crisis, thus calling for greater emissions reduction.  Being the Minister for Energy and Environment Kean is of the view that political parties should give up their differences of opinion and work together for the better cause of the nation. He calls on Australia’s governments to deliver the transition to a low-carbon economy that the vast majority of citizens want. He strongly feels that is the way to win the climate wars.