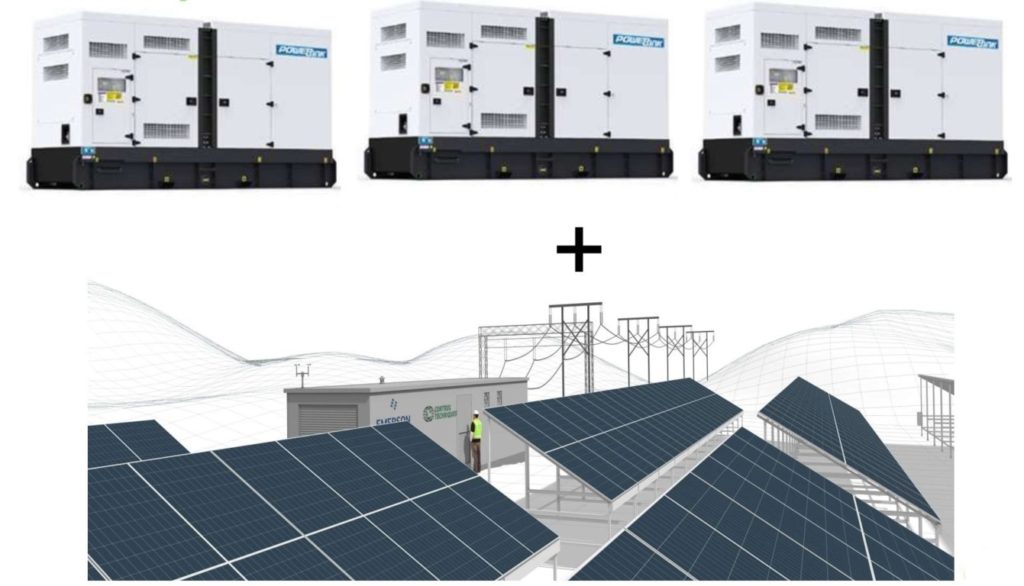 Mining is an extremely energy intensive process and is a cornerstone for the modern industries. After labor, power requirement (electricity) forms the majority of the operational expenses – roughly 20 to 25%. In the recent mining crisis, there is a significantly higher pressure on commodity sales prices. As a result, the priorities have moved from upstream to downstream. As power is an operational expense, the question of renewable off-grid vs diesel micro grid is a high priority one in the mining industry.

The off-grid solar concept has always been a lucrative business option. This is because the diesel power generation is more expensive than the grid connected option. In certain south Asian developing countries, the cost of power generation from solar farms have come down to USD 4 cents/kWh. Considering the long lifespan of a mine (typically 10-15 years), these alternative electricity generation methods present the case for an effective OpEx optimization strategy. Then the question becomes: how to sell CapEx intensive renewable off-grid technology to a mining company? It is analogous to selling an expensive electric car against a convention IC engine car.

As of now, in Australia, many of the mines are grid connected. The country has more than 400 operating mines. Around 65% of them are on-grid and costs around AUD $300/MWh. On the contrary, in developing countries, reliability of power generation is a more concerning question for the miners.

Diesel generators are a well established technology for remote area power supply. It is portable, modular and mines can acquire generators on leasing terms. Mining companies also go for power purchase agreements. However, the costs for offgrid mines with diesel generators are typically high. Transportation costs of diesel to the site also adds to this. Furthermore, diesel prices are volatile and market fluctuations make this an unstable risky alternative for mining.

Solar  price plunge since 2008 has been exponential. The cost of a fully installed system has come down to just AUD 0.8/W. Owing to this price drop, uptake is increasing in Australia and worldwide. Solar power will become cheaper than coal and wind in 2024 and 2029 respectively. Even though there is intermittency in PV power generation, many are predictable and forecastable in the long-term. Seasonal variations like Solstice-equinox cycle, and lack of night time generation can be easily incorporated into the generation forecast models. Thus, solar photovoltaic arrays provide a low-risk reliable alternative to diesel options.

The DeGrussa copper-gold mine in Western Australia is a good example of this. The 10.6 MW installation at this facility  covers 20 ha comprising 34,080 modules and a 1.8 MWh lithium battery for solar smoothing and ramp rate control. The PV provides an estimated 15-20 percent of the mine’s energy -approximately 21 GWh per annum. This reduces diesel consumption by around 5 ML per annum. The solar plant went online in mid 2016.  The $41 million CapEx was partly funded by ARENA. The Mt. Cattlin (WA) spodumene-tantalite mine is another example of renewable energy off-grid power supply. Located about 2 kms of Ravensthorpe, it uses a PV-Wind hybrid power supply capable of generating 226MWh/annum. The main power source is still a 5MW diesel generator. However, the solar-wind combo provides around 15% of the overall energy requirement. 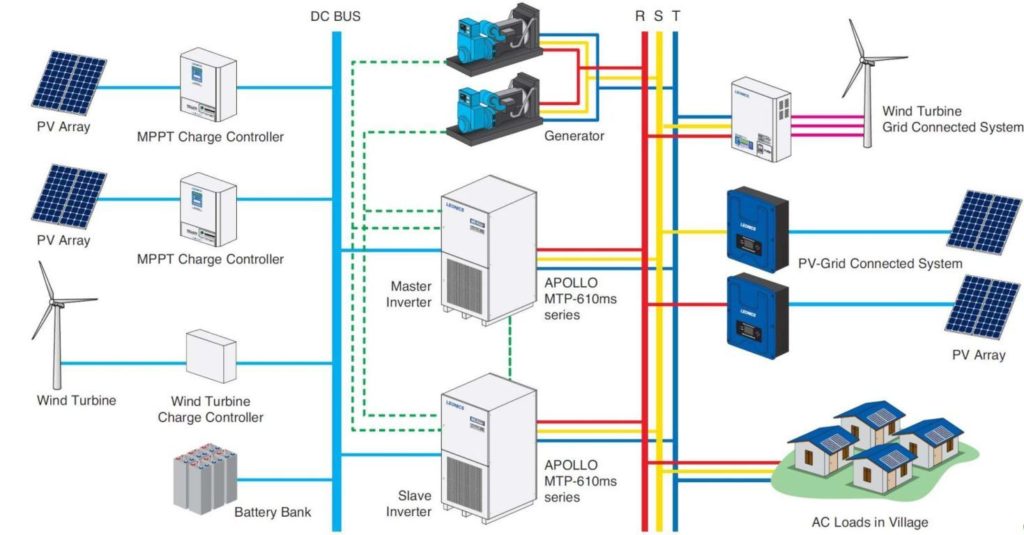 Sub Saharan African countries is one of the least electrified continents in the world with over 700 million lacking power supply. With a high solar irradiation (5-6 kW/sq.m/day), the continent has high potential for solar powered off-grid technology. The solar diesel hybrid system is Limpopo mine in South Africa is one such example. They have three main areas of improvement.

Regen Power’s HybridGen ( International Patent : PCT/AU2011/001068 )  is such a hybrid power management system for optimizing remote area fuel consumption. This successful technology has been installed in many countries including Australia, India, Vietnam, Indonesia etc. Such portable and compact systems feature easily installable PV arrays with plug-and-play ease of use.

Source: Adapted from the presentation by Prof. Chem Nayar at Africa Australia Conference 2018