Rooftop PV sales started gaining traction in the late 2011. Cheaper module prices and steeper grid costs have elevated market growth since then. January 2018 saw 111MW residential solar installations in the country. The solar energy council estimates the total capacity of the nation to exceed 7GW by 2018. Currently, solar power trails behind hydro, and contributes 17.2% of the total renewable energy capacity. In addition, it created over 11,000 jobs in the 2015-2016 fiscal year. 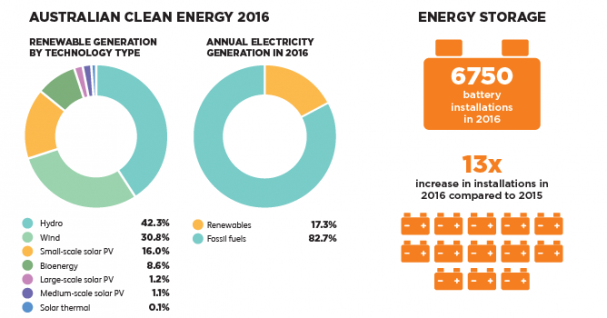 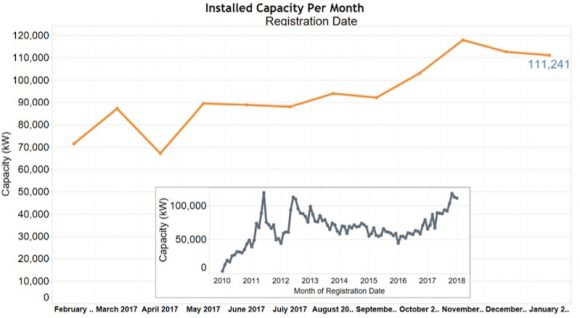 Early reports from analysts are predicting a massive surge in residential PV installations in 2018. The first month of the year saw a 69% increase in system sales as compared to the previous year, making it the biggest January on record. Another factor that is contributing to this rooftop PV sales trend is the evolving collective outlook of the residents to renewable energy and sustainable lifestyle. A noteworthy example would be the Fremantle community housing development plan. The project achieves a zero grid-dependency through a communal 9kW battery-assisted solar system. Furthermore, with the previous era 1.5kW solar system becoming non-existent, the value-for-money residential solar system size is now in the range of 5 to 6kW. 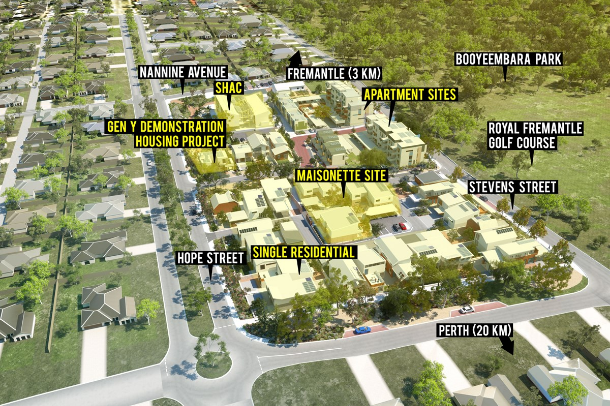 On the other hand, numerous large-scale solar projects are getting commissioned throughout the states to meet the 2020 Large-Scale Renewable Energy Target (LRET). NSW and Queensland have 10 and 18 utility-grade solar farms respectively in the pipeline. In NSW – a state with the most commercial solar projects under construction – the 170MW Finley plant is the first to get approval in 2018. Similarly, WA has many major upcoming projects like micro-grid at Kalbarri, Garden island project and newly announced 100MW Kalgoorlie project. As per Sunwiz, the 2017 tally sits at 1.25GW of installed solar power, 1.12gW being the sub-100kW projects.