With the current boom in  solar power system uptake in Western Australia, it is worth wondering when this renewable energy option will shift to the automotive industry. Currently most electric vehicles make use of fuel cells, or hybrid engines. However, a solar car which draws its fuel as we drive through the road, would be a very attractive option; one that fits perfectly with the vision of 21st century.

Prototypes of such a solar cars, manufactured by Audi utilizing the PV cells of Alta is expected at the end of this year. These cars would enter mass- manufacturing stage by the early 2020.  The initial prototypes of these electric vehicles will utilize the roof-area for incorporation of the thin-film Gallium Arsenide photovoltaic cells. These semi-transparent cells, with an efficiency of 29% will be able to generate 200W of power at peak time. These GaAs cells have a temperature coefficient much lower than silicon cells. Consequently, the perform comparatively better at higher temperatures without suffering any performance degradation like Silicon cells. The downside being, GaAs are more costly than their counterparts. Hence, panels from GaAs cells are not used in residential or commercial solar systems. 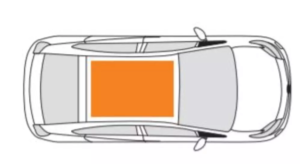 In the first stage, the Audi solar-electric vehicles will use the solar energy for powering the electronics and accessories. They do not power the battery of the car. However, this takes the strain off the electric batteries, thereby increasing the range. As technology and experiments like this evolves, five years from now, we will start seeing solar panels powering the battery of electric cars.  In most developed and underdeveloped countries, automotive industry is one of the biggest emitter of greenhouse gases. The main stream adoption of such solar-electric vehicles by the public will usher a new age of renewable energy in the world.
&mbsp;

Hydrogen export to surge the solar future of SA