SA solar market is in a transient state since the Government’s announcement of the South Australia Home Battery scheme. Launched in October 2018, estimates place the venture to return thousands of battery adoptions by the end of this year. The scheme includes prominent battery brands like LG Chem, BYD, Sonnen, Tesla, Enphase, AlphaESS and Varta. The scheme is fairly simple – incentivising battery installations like the solar rebate. However, there is nothing analogous or similar to feed-in tariffs here. In short, this initiative will subsidize the cost of buying battery storage in the state. The subsidy is completely through the state without any federal aid. As of january 2019, the first 100 installations are complete.

Battery technology is not new, and is the next evolution in rooftop solar power. Due to technology changes, the previous two years witnessed sharp decline in price and better performance and lifespan of energy storage and management systems. This home battery scheme costs over $100 million, and estimates to incentivize at least 40,000 south australian households. Under this initiative, grants upto $6000 are available. This venture also prioritises locally-made battery products to increase employment in this industry. Manufacturers like Sonnen already started taking advantage of this through their new production line in Elizabeth. Creating over 430 jobs in O&M, the german brand targets to achieve a production capacity of 10,000 batteries annually.

The amount of subsidy depends on the size of battery. It is deducted from the price at the point of purchase. This generates a lot of market competition among the solar installers where they combine this with their own industry partnerships to provide certain battery packages at never-before-seen low retail costs. To prevent scams and malpractices, a government website lists all the sellers and brands covered under this scheme.

South Australia has the second highest rooftop solar penetration in the country. With over 32% of households using PV systems, uptake in battery storage through the Home Battery scheme can minimize the peak loads during summer and winter nights. As shown by the AEMO graphs, the higher energy demand is getting pushed towards late evenings – between 7pm and 8pm. This unstable demand profile can reduce grid reliability. Thus, uptake of Li-ion storage systems will also help in smoothing this demand profile and to safeguard the network from outrages. 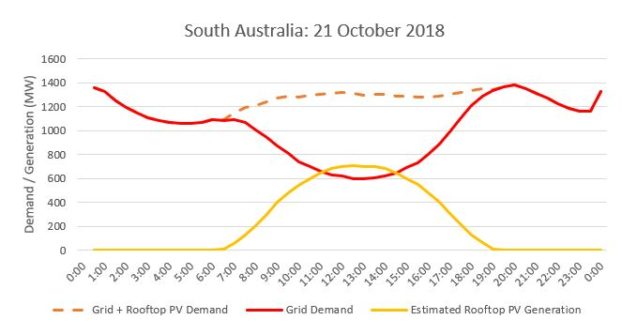 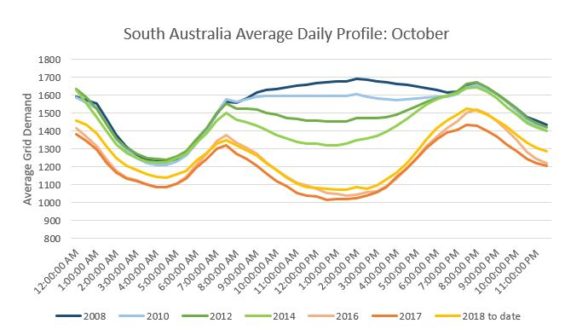 The average grid demand trend over the past 10 years in the state.

Coronavirus Precautions – On the Day of Solar Panel Installation

Tesla Powerwall for Australian Homeowners in 2020