WA is one of the Australian states that has the highest solar power adoption rate. State treasurer Ben Wyatt has announced that, as of July 2018, there will be a 7% Western Australia electricity price hike. This translates to  28.32 cents per unit. The forecasts by Australia Energy Market Commission (AEMC) predicted this trend back in December 2017. This report pointed out a similar surge in the state’s energy cost for the next two years mainly due to the increased gas prices and O&M cost of gas-fired generators.

The new pricing structure will result in the average homeowner paying an extra $120 annually. However, SMEs and organizations on business tariffs are facing a much severe 10% hike. The businesses on the Synergy Large Business Demand LV Tariff and Synergy Large Business Demand HV Tariff Plan (L1) will incur the same costs as previous year. These changes in the conventional energy tariffs improves the economic viability and lucrativeness of solar power among the state’s middle-class households. On the contrary, SA, NSW and Tanzania are expecting upto 6% of energy cost drop later this year.

A recent survey by Energy Queensland explains this pattern. The preliminary reason for shift to renewable energy by residential customer (mainly among the retirees and new families) is the unstable grid prices and the main deterrent for this adoption is high upfront cost of the PV system. However, sharp increases in the grid supply prices can present a favorable ROI for the average family to make the transition to rooftop solar systems. Apart from savings, adopting residential solar systems enables better energy security and minimal carbon foot-print. 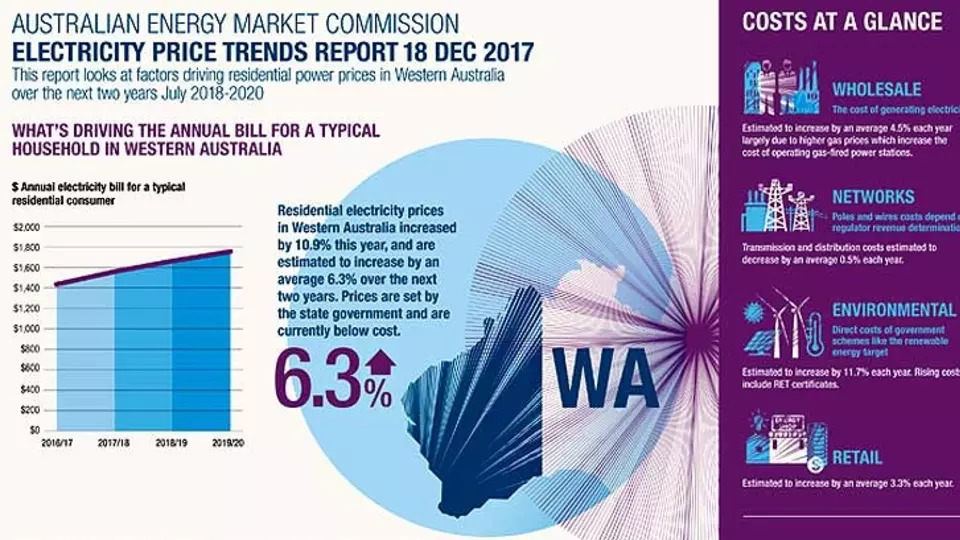 Furthermore, in the long-term, as we near our Renewable Energy Target (about 5GW of solar power will come online in the next two years alone), the trend will reverse and grid prices will start falling. Until then, reducing dependency on the grid through rooftop PV systems and batteries will make energy access more affordable to households and SMEs in Western Australia.