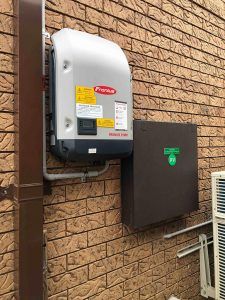 Solar inverters play a major role in the optimisation of solar panels and the rate of return from the solar system. With a wide range of solar inverter manufacturers introducing their brands into the Australian market, making an informed decision will be beneficial while making sure you get the best solar inverter for your solar panels.

There are two types of solar inverters in the Australian Market. One is Premium inverters, and another one is economic inverters. Most of the top inverter manufacturers provide 10 Years warranty. You can expect 15-20 years’ lifetime for a premium inverter. As the solar system may produce energy for 25 to 30 years with regular maintenance, a suitable & reliable inverter that supports the working is required. If you’re unsure whom to contact for a high-quality inverter, we can help. We offer the best solar inverters along with rooftop solar systems to suit your needs.

Selecting a reliable inverter from a professional company is important for the most possible return from your solar system. Regen power is one of the most trusted partners for rooftop solar systems and solar inverter installations. 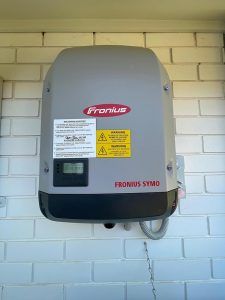 The premium inverter is a perfect accompaniment to boost the performance of a solar system. Premium inverters are more energy-efficient and reliable than the standard inverter. These products have the capacity to provide more than the rated output as they are built on the latest technology to offer premium quality output. 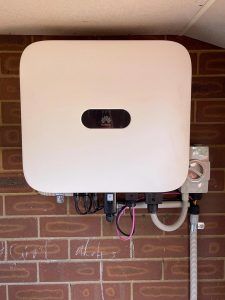 Looking for pocket-friendly inverters in Perth? We supply and install economy inverters that are less costly than their European counterparts. It is no secret that businesses require a lot of electricity. A reliable budget solar inverter is an alternative solution to cut down the power bill.

Most budget inverter brands are from China. With many budget inverters available in the Australian market, Chinese manufacturers are leading the solar inverter market worldwide due to economical pricing. Low IP rating for safety and lower brand value have made these Chinese inverters to be cheaper. On the other hand, European inverters are costlier because of stringent testing and quality components.

We are aware of the best budget solar inverters that deliver maximum output. Therefore, we have selected the right Chinese solar inverters from leading manufacturers to help customers save on their energy bills.

The budget solar inverters manufacturers are categorized into two categories – tier1 and tier2. Tier1 inverter brands include Huawei, Sungrow, Goodwe. To a certain extent, the inverters from these brands offer functionalities similar to premium brands.

The Tier1 companies have R&D centers in Europe and they heavily invest to produce good quality inverters. You might even find tier 2 brands in the market, but we deal only with tier 1 companies to save on your power bill. Of course, you will see greater results a month after month.

If you are not sure whether Chinese solar inverters are a good fit for you, we are here to help you.

Get a Free Solar Quote

Known as a renowned partner for the installation of solar panels and solar inverters, we guarantee that we install brands of outstanding quality. While many solar inverters have established brand equity, some of the most recognized are Fronius, SMA, SolarEdge, Huawei, Sungrow.  All these companies enforce the best quality control to ensure the best possible product.

Founded in 1945 at Pettenbach, Austria. Fronius is considered a high-performing and most reliable solar inverter. Fronius comes with a premium price tag and in different categories. The company provides 10 years warranty for solar inverters. Warranty including freight cost and installation cost. Primo and Symo are the most popular inverters from Fronius.

Goodwe is Chinse Company specializing in the production of solar inverters. 1.5kW to 250 kW. The company has offices in 15 countries including Australia,UK, Netherland, and Germany, with nearly 1300 employees working in their respective offices.

According to Wood Mackenzie, GoodWe had the biggest supply of the hybrid inverter and also the world’s topmost single-phase string inverter distributor. This company got on the list of Shanghai stock exchanges in 2020. The main achievement of GoodWe is an AA rating from the German fortune magazine for the technology and pricing.

Goodwe brand placed second and Fifth ranking for residential and commercial solar inverters respectively. Goodwe have very beautiful designs for its inverter. Compared to Fronius inverters, Goodwe inverters has low noise because of the fanless cooling system. These inverters also got a wifi communication for monitoring through the mobile app.

SMA is one of the top global brands for solar inverters. The company is established in 1981 and is headquartered in Niestatal, Germany. It has an office in North Sydney, NSW. SMA solar inverters are the industry standard for the global solar PV industry. SMA has a full range of inverters for all applications: small-scale, residential, commercial, and utility. The company has a presence in 19 countries across 4 continents and over 5,000 employees worldwide.

Founded in 1997, headquartered in China, Sungrow has spearheaded innovation in the PV inverter industry with its consistent focus on R&D. This focus on R&D has kept Sungrow’s broad product lineup as the preeminent choice in the ever-evolving solar industry. Sungrow inverter is the only solar inverter brand in the world that has a substantial market share in over 60 countries.

Get a Free Quote

Get a Free Solar Quote